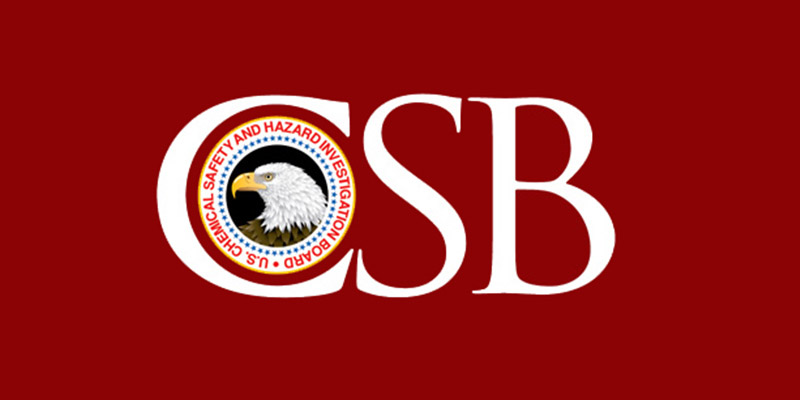 CSB Chairperson Rafael Moure Eraso expressed distress upon learning, once again, of a serious high school laboratory accident.  This one occurring yesterday at a New York City High School. According to media reports, a flash fire erupted during a demonstration in the high school‘s laboratory injuring two 10th grade students, one severely.

This accident was similar to one highlighted recently in a CSB video safety message that specifically focused on potential dangers in high school chemistry laboratories.  The CSB’s safety message, entitled “After the Rainbow,” features accident survivor Calais Weber, who describes in her own words how at age 15 she was burned over 40 percent of her body during a chemistry demonstration performed by her teacher at the prestigious boarding school she attended in Ohio.  That accident occurred on January 23, 2006.

Though information at this stage is very preliminary, media reports indicate the accident that occurred yesterday in Manhattan may have resulted from the same type of demonstration that critically injured Ms. Weber. That demonstration, called the “rainbow experiment,” was meant to show how various mineral salts produce different color flames when burned. Mineral salts were mixed with highly flammable methanol in small dishes.

The CSB believes that accidents in high school laboratories occur with alarming frequency. Yesterday’s incident is yet another reminder of the need for exacting safety measures to protect students and school property. As Calais states in “After the Rainbow,” her accident should never have occurred, and with better attention to good safety practices, similar accidents can be avoided. She says, “It feels with this type of injury that you’ve had so much taken away from you unnecessarily and to keep reading about other people who have had very similar experiences, it’s tragic and shouldn’t happen.”

Health and safety professionals can learn a great deal from this incident as this refrain unfortunately repeats itself in workplaces around the country each year.  Failing to anticipate “what could happen” is just the beginning.  Lack of recognition of the hazards inherent in the process or “experiment” that is being undertaken due to incomplete review of safety data sheets, manufacturer’s instructions set up the scenario to unfold just as in this tragic event.  Lack of fundamental product or temporary storage vessel labeling according to current Hazard Communication Standard (HCS) requirements consistent with the Globally Harmonized System of Classification and Labeling of Chemicals (GHS) would have provided perhaps one final warning that the product in use had dangerous properties.

Incorrect use (or absence) of personal protective equipment while performing job tasks involving hazardous chemicals exacerbated the situation as it unfolded in mere seconds.  Could this experiment have been performed safely in a controlled environment – within the confines of a laboratory hood? And lastly, nothing is mentioned as to how the fires were extinguished.  This simple but effective piece of equipment could have helped mitigate disaster.
I am sure there are many satisfactory ways that this situation could have been avoided as could so many similar ones in workplaces day in and day out.  Any one of these could have minimized the tragedy at the very least but not even one was present setting up the scenario to play out as it did.

But perhaps we can learn from “After the Rainbow” and re-evaluate those places and situations that we think are “safe” a bit more closely in light of this unfortunate accident.