Why Are There So Many Mesothelioma Commercials on TV? 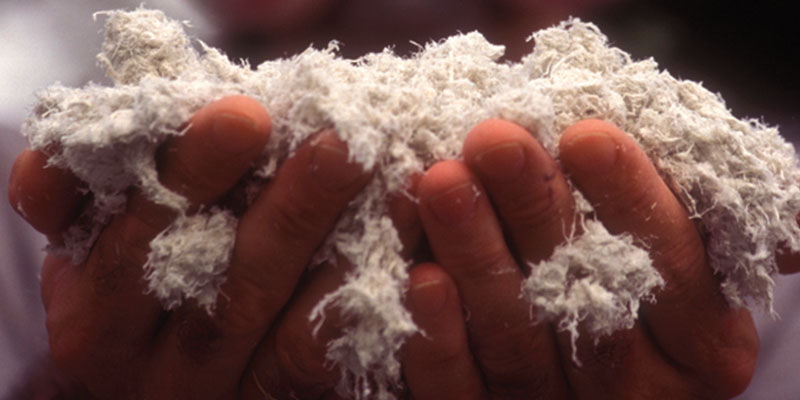 This is Part 1 of our 2 Part Series on Mesothelioma.

Well, the short answer is asbestos litigation is big business for lawyers and will not decline in the near future.  As of 2013, $30 billion was set aside in the Asbestos Trust Fund by companies that manufactured asbestos products and profited from such products to pay victims of asbestos-related illnesses.  The Fund became operational in 1988.  About 27.5 million people were exposed to asbestos in the workplace.  Of those, only 730,000 (2.5%) have filed for compensation.  From the 1980s to 2002, $70 billion dollars were paid to victims of asbestos-related illnesses.

Today, the dollar amount awarded on such cases can range in the millions, while some cases settle for very little.  Over the years, many companies that manufactured or installed asbestos products have closed or declared bankruptcy, which in turn has resulted in courts requiring large funds to be set aside to compensate future victims. Some of these funds are still large enough to pay out all claims at full value, but others have been depleted to the point that far less is available, so settlement amounts must be rationed.

After attorney fees, court costs, and medical costs, cash in hand to the victim or victim’s families is significantly decreased.

Each victim’s particular mesothelioma illness and how it has affected their life is important to arriving at a settlement or jury verdict amount.  Amounts are based on lost wages due to the illness, medical expenses, and, most importantly, the degree of the victim’s pain and suffering.

Another factor in determining how much money a case will pay depends on the length of time the case takes to settle.  When cases are settled quickly, the amount recovered tends to be significantly less than if legal counsel waits to present the case to a jury.  Preparing and conducting a jury trial can take several years, whereas settlements can often be arranged in a year or less.  The expediency of payment is critical for many seriously ill plaintiffs whose life expectancy is generally not more than a couple years (more on this in Part 2 of our blog installment on Mesothelioma).

Many mesothelioma cases result in settlements in the range of $1 million to $5 million or more.  However, after attorney fees, court costs, and medical costs, cash in hand to the victim or victim’s families is significantly decreased. Regardless, courts in many states recognize that mesothelioma victims have a short life expectancy and as a result, fast track their lawsuits.

Again, asbestos litigation is big business.  By the end of 2002, it was reported that 730,000 individuals had filed lawsuits against more than 8,400 defendants, and the total amount that defendants and insurers spent on resolving claims was more than $70 billion.

Some of the largest settlements in U.S. courts involve asbestos-related settlements.
Some of the most notable cases are as follows:

In 2006, a former plastic molder was awarded $18.5 million by a California jury in his lawsuit against Union Carbide.  The 49 year-old Sacramento resident developed mesothelioma as a result of on-the-job asbestos exposure.  He died in July 2007.

In 2012, a jury in Los Angeles awarded $48 million to a family of a former contractor who developed mesothelioma as a result of on-the-job exposure in the 1960s and 1970s.

A former Jackson County, Missouri court employee was awarded $10 million after being exposed to asbestos during the renovations of a courthouse that occurred while she was working.  She died from mesothelioma in 2010 and her mother received the settlement.

The widow of former Crane Co. worker was awarded $8 million after the New York Supreme Court determined that the company was responsible for the prolonged asbestos exposure that ultimately led to the victim’s death from mesothelioma. This awarded amount remains one of the largest asbestos settlements in New York.

In 2011, a judge in Montana approved one of the largest settlements in history against the W.R. Grace & Co., in Libby, Montana. The settlement was $43 million, yet since over 1,300 former employee and contractors filed against W.R. Grace, the individual settlement amounts ranged from $500 to around $60,000 per plaintiff.  In 2009, the company also was fined $54 million by the United States government for cleanup costs.  The mineral mined in Libby was vermiculite, which contained tremolite asbestos as a byproduct.

In 2012, the widow of a United States Navy veteran who worked around asbestos for decades while employed by Crane Co., won a settlement amount of $8 million.  The company was said to be 99% responsible for Ronald’s health complications after they reportedly maliciously hid known information about the hazardous effects of asbestos. The verdict at the time was one of the largest sustained verdicts in the State of New York.

In 2011, the family of the Hall of Fame football player, Merlin Olsen, settled a mesothelioma lawsuit in Los Angeles against several different companies. Although the settlement amount was never made public, at least ten companies, including several asbestos manufacturers, agreed upon a large settlement after it was found that Olsen was exposed to asbestos for prolonged periods of time while working on construction projects as a teen and young adult.

So, what is Mesothelioma and are you at risk?