Mesothelioma – Part II: What Is It and Are You at Risk? 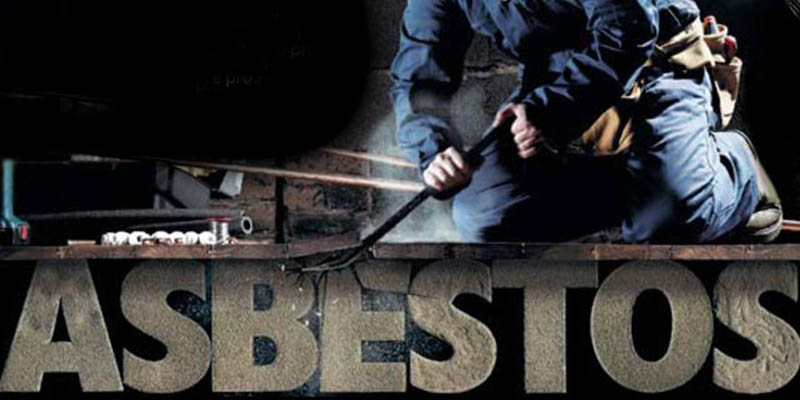 This is Part II of our 2 Part Series on Mesothelioma. In Part I, we answered why there are so many mesothelioma commercials on TV.  In Part II, we will address what is mesothelioma and are you at risk.

Mesothelioma is a disease caused exclusively by exposure to asbestos.  Asbestos is a term for six minerals, which are known as chrysotile (referred to as white asbestos), amosite (referred to as brown asbestos), crocidolite (referred to as blue asbestos), tremolite, actinolite and anthyphyllite.  The first three minerals are minerals that are mined intentionally and the last three minerals are byproducts of mining something else.  What makes these minerals so amazing in industrial and commercial applications (i.e., thermal resistance, tensile strength, chemical resistance, etc.), is what makes them so harmful to our bodies.  Asbestos affects the lungs primarily, with secondary exposures to our digestive organs.

Mesothelioma is one of the three fatal diseases caused by asbestos exposure; with lung cancer and asbestosis (not a cancer) being the other two.  There are two types of mesothelioma; one being cancer of the lining of the lungs, which accounts for ~80% of cases, and the second being cancer of the lining of the abdominal cavity, which accounts for ~10-15% (a small percent is associated with pericardial and other rare types).

Mesothelioma is a form of cancer that attacks the cells of the mesothelium, a thin membrane that lines the thoracic and abdominal cavities as well as the heart sac.  It has been determined that the cause of mesothelioma is almost always exposure to asbestos. While lung cancer and asbestosis are considered dose-related diseases; meaning the greater your asbestos exposure the more likely you will develop one of these two diseases; mesothelioma is generally thought of as having no dose relationship.  As such, in the 1980s and 1990s mesothelioma was called the “1-Fiber Disease” or the “By-Stander’s Disease.”  Meaning we did not know why some people that had no history of significant asbestos exposure in the workplace or at home contracted mesothelioma.

Statistics on the number of mesothelioma cases since the “modern” asbestos age (often thought of starting in the 1870s) are unknown.  In the late 19th century/early 20th century, mesothelioma was often misdiagnosed because it masqueraded as something else such as silicosis, tuberculosis, pneumonia, lung cancer or emphysema.  The first case of mesothelioma was not documented until the 1940s in the United States.  Oddly enough, U.S. companies have known of the risks associated with asbestos since the early 1900s.  However, for financial reasons; even with documentation of widespread issues in Britain and other parts of the world in the 1930s and 1940s, U.S. Companies vamped up the use of asbestos with it being used in any and every application possible.  With all the evidence from the early 20th Century, the U.S. use of asbestos peaked in 1973.  In the 20th century, the United States mined 3.3 million metric tons of asbestos but consumed 31 metric tons of asbestos (thereby we had to import most of what we consumed, and mostly from Canada).

There is more hope today in the U.S. than ever for mesothelioma victims.

The incidence of mesothelioma is currently declining in the U.S. but rising in Australia, Japan, and Europe.  In the U.S., between 2,000 and 3,000 new cases are diagnosed each year and in 2010, 2,574 Americans died from mesothelioma.  Worldwide, ~43,000 people die annually of mesothelioma; although this number might be much higher considering undocumented and unreported cases in rural and impoverished areas, and undocumented and unreported cases in countries where asbestos remains big business (one example is India).

A mesothelioma diagnosis historically meant you had no longer than six-to-twelve months to live, 24 at best, because it is a very aggressive cancer.  However, there is more hope today in the U.S. than ever for mesothelioma victims thanks to some amazing doctors that have devoted all their resources to treating mesothelioma victims.  There are numerous stories of victims living beyond two years.  However, early detection, age and overall health at time of diagnosis play a huge role in survival.  I personally know someone with a relative that is a 12-year survivor.

So are you at risk?  Although Mesothelioma gets a lot of press, it still remains a very rare cancer, which you are more likely to contract with a significant exposure to asbestos.  Yes, some get mesothelioma with no history of significant exposure; however, 30% of victims today are Navy veterans with past occupational exposures.  Other high-risk professions include brake repair workers, asbestos abatement workers (especially when removing asbestos without proper training, equipment and precautions), and those who worked with or manufactured insulation materials.  You may also have an increased risk if you have had high doses of radiation for malignancies in the past (such as lymphoma in the chest), had the polio vaccine between 1954 and 1963 that was contaminated with Simian Virus 40, or have a recently-discovered gene mutation that has been found to increase ones chances of mesothelioma (more genes mutations that increase risk are expected to be uncovered in the future).