And the OSHA Violation Goes to… 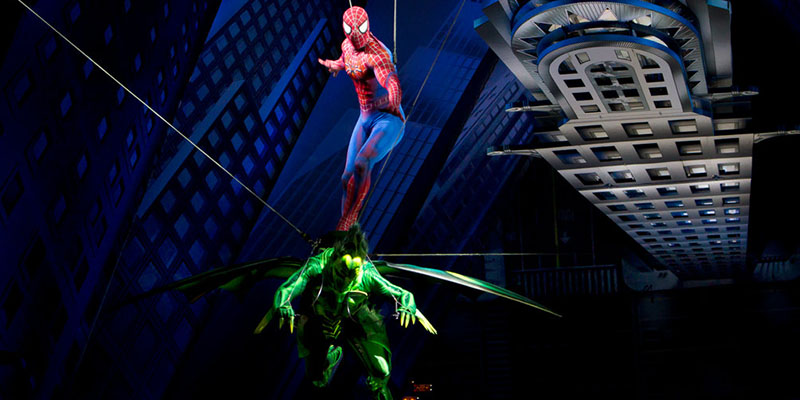 Stepping in and out of manufacturing facilities and construction sites on a daily basis, it is easy to focus on OSHA violations that occur in industries in which we EHS professionals are most familiar. However, following a recent conversation with a Broadway soundboard operator about the debacle that had become “Spider-Man – Turn Off the Dark,” I learned OSHA violations often occur with the same frequency in the entertainment industry as well. Over the four month period when this Broadway show was in rehearsal and after it opened, 4 injuries had occurred, attracting the attention of the New York Department of Labor as well as OSHA.

What would seem like the number one safety issue to address for a live stage show about a guy who has the powers of a spider, including crawling up walls and flying through the air?

In its findings, OSHA alleged employees were exposed to hazards due to improperly adjusted or unsecured safety harnesses. Lack of fall protection and failing to shield actors and stage employees from being hit by overhead rigging components were also cited.  OSHA issued three serious citations, including $12,600 in proposed fines.

Given this particular case, it begs the question: What other areas of entertainment have had historical safety issues?

SeaWorld was issued a Willful Violation for allowing trainers to perform in the water with Tilikum, “a killer whale with known aggressive tendencies.” A $70,000 violation was proposed by OSHA for exposing the animal trainers to struck-by and drowning hazards and allowing them to engage in “waterwork” and “drywork” performances with the killer whales without adequate protection.

In February of 2014, a camera assistant was killed and eight other workers were injured while filming a scene involving a train for the movie “Midnight Rider,” a biopic based on Greg Allman’s life. The workers were attempting to remove set pieces and get off the trestle as a train was approaching. The film company was cited one willful violation and one serious violation by OSHA, who alleged the company exposed crew members to stuck-by and fall hazards. Altogether, OSHA fined the company $74,900.00 in August of 2014.
.
Even the Magic Kingdom and Mickey Mouse have had run-ins with OSHA. Separate incidents involving the fatality of a monorail driver and an actor in the Pirates of the Caribbean ride gave cause for OSHA to fine Disney a proposed $44,000.00.

Ideally, these fines will catch the attention of all involved, and more respect will be paid to keeping employees in the entertainment industry safe.  In what would appear to be a significant disparity, the maximum fine OSHA can give for a repeated willful violation is $70,000, while the maximum fine the Federal Communications Commission can give for “On-Air Indecency” is $325,000.