November Marks the 30th Anniversary of the UST Program 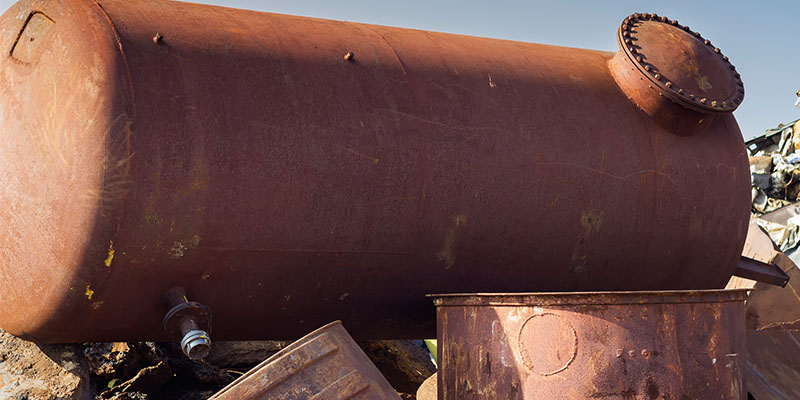 November 8, 2014 marked 30 years since Congress created the national underground storage tank (UST) program. Specifically, in 1984 Congress responded to the increasing threat to groundwater posed by leaking USTs by adding Subtitle I to the Solid Waste Disposal Act. The greatest threat from a leaking UST is contamination of groundwater, the source of drinking water for nearly half of all Americans.

An underground storage tank is a tank and any underground piping connected to the tank that has at least 90 percent of its combined volume underground.

Subtitle I required EPA to develop a comprehensive regulatory program for USTs storing petroleum or certain hazardous substances. Congress directed the Environmental Protection Agency (EPA) to publish regulations that would require owners and operators of new tanks and tanks already in the ground to prevent, detect and clean up releases. At the same time, Congress banned the installation of unprotected steel tanks and piping beginning in 1985. In 1986, Congress amended Subtitle I and created the Leaking Underground Storage Tank Trust Fund, which is used for two purposes: 1) To oversee cleanups by responsible parties; and 2) To pay for cleanups at sites where the owner or operator is unknown, unwilling, or unable to respond or which require emergency action. The 1986 amendments also established financial responsibility requirements. Congress directed the EPA to publish regulations that would require UST owners and operators to demonstrate they are financially capable of cleaning up releases and compensating third parties for resulting damages. The Energy Policy Act of 2005 amended Subtitle I. The UST provisions of the Energy Policy Act focus on preventing releases. It expands the use of the LUST Trust Fund and includes provisions regarding inspections, operator training, delivery prohibition, secondary containment and financial responsibility and cleanup of releases that contain oxygenated fuel additives. In the American Recovery and Reinvestment Act of 2009 (Recovery Act), Congress appropriated $200 million from the LUST Trust Fund to the EPA for cleaning up leaks from USTs. The EPA allocated $190.7 million to states and territories in assistance agreements to address sites within their jurisdictions.

An underground storage tank is a tank and any underground piping connected to the tank that has at least 90 percent of its combined volume underground. This does not include the following, which are excluded from notification and do not meet the definition of a regulated UST under the Federal requirements:
Tanks removed from the ground before May 8, 1986
Farm or residential tanks of 1,000 gallons or less capacity storing motor fuel for non-commercial purposes
Tanks storing heating oil for use on the premises where stored
Septic tanks
Pipeline facilities (including gathering lines) regulated under the Natural Gas Pipeline Safety Act of 1986, or the Hazardous Liquid Pipeline Safety Act of 1979, or which is an intrastate pipeline facility regulated under State laws
Certain pipeline facilities regulated under Chapter 601 of Title 49
Storm water or waste water collection systems
Flow-through process tanks
Tanks on or above the floor of underground areas, such as basements or tunnels
Tank with a capacity of 110 gallons or less