OSHA’s Proposed Silica Standard – Will It See the Light of Day? 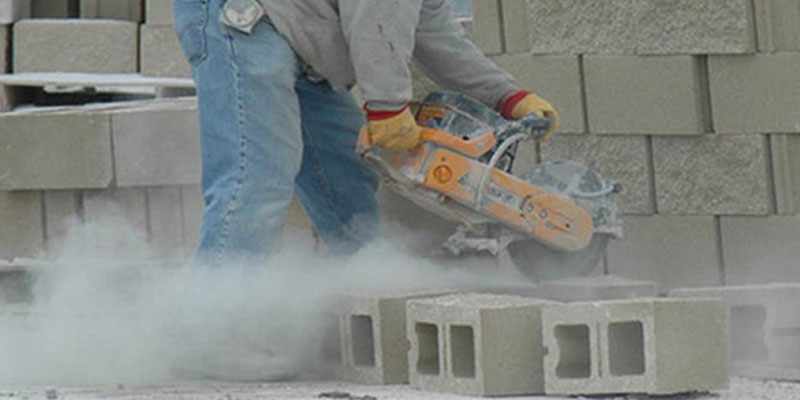 By now I suspect many have heard that OSHA has published a proposed revision to its decades old silica standard. This will bring requirements for working with this common mineral more in line with current understanding of potential health hazards.

What is Silica?
Silica is one of the most common minerals occurring in the Earth’s crust. It is found in “rocks” – granite, marble, flint, slate and some metallic ores.  Granite for instance, is composed of approximately 70% silica. Silica is also the primary component of sand. It can be present in many forms, but is most effective at producing disease when it is in crystalline form. Crystalline silica is also known as “quartz”.

As a naturally occurring mineral, silica has been around a long time. Hippocrates described symptoms of lung disease in miners as far back as 400 BC. It continues to cause problems – thousands of Turkish workers have developed pulmonary disease as a result of sand blasting denim jeans in the 1990’s. The primary outcome of exposure to crystalline silica dust is silicosis – a chronic, irreversible fibrotic lung disease. Symptoms include cough, shortness of breath, fatigue and chest pain. Unfortunately the disease continues to progress, even after cessation of exposure. A major development driving interest in this regulatory issue was the determination, in 1987, by the International Agency on Research for Cancer (IARC) of the carcinogenicity of crystalline silica.

Regulated as a toxic air contaminant since day one of OSHA, the current Permissible Exposure Limit (PEL) is a confusing calculation that includes the weight of respirable dust and the percentage of silica contained in the dust sample as shown below:

Using this approach the PEL will vary, sometimes even between samples collected in the same room, and can make compliance determinations difficult. Technology has changed plenty over the ensuing decades and laboratories are now able to measure contaminants at much lower levels than previously. Laboratories can now measure the silica content directly in respirable dust samples at extremely low levels. In fact, the American Conference of Governmental Industrial Hygienists (ACGIH) has for years published a Threshold Limit Value (TLV) that is based on the actual level of silica found in the sample. The current silica TLV of 25 ug/m3 was approved in 2006 to protect against lung fibrosis and cancer.

OSHA’s proposed rule, published in 2013, would establish a PEL along those same lines, at 50 ug/m3, eliminating the need for calculated values of the contaminant. There are actually two proposed rules – one for general industry and a second for construction, both with a 50 ug/m3 PEL value.

Both proposed rules will be comprehensive regulations, with requirements for exposure monitoring, limiting worker access to areas where silica exposures exceed the PEL, using effective control methodology, respiratory protection for workers exposed above the PEL, providing medical exams to workers, and training on silica-related hazards and how to limit exposure.

If silica is a part of your operations, make the effort to obtain exposure data that will allow for effective decision-making on employee protection.

OSHA estimates 1.7 million workers in the United States are exposed to respirable crystalline silica – the biggest user by far is the construction industry. As one might imagine, reaction to this proposal is all across the board. Labor advocates argue that the PEL is not low enough, suggesting that a value of 25 ug/m3 is more protective. The National Association of Home Builders has challenged the rule, concerned that OSHA has not met its burden of proof that the standard is technologically and economically feasible for the construction industry. Industry and OSHA estimates of compliance costs for this new rule vary widely.

This rulemaking is one of OSHA’s top priorities on the latest published semi-annual regulatory agenda. OSHA expects to have its analysis of over 1,700 comments (received from a series of stakeholder meetings) completed by June of 2015. As we move quickly toward an election year it is a toss-up as to whether this rule will be issued during the current administration. Experience has shown that it is difficult to get new regulations finalized as we move closer to the election cycle. But this administration may be different. And we can be sure to expect continuing challenges if and when the rule is issued.

Irrespective of the regulatory hoopla surrounding this issue, it is incumbent on employers to be aware of this silent killer, and to take steps necessary to prevent disabling disease in workers exposed to high levels of crystalline silica. If silica is a part of your operations, make the effort to obtain exposure data that will allow for effective decision-making on employee protection. It’s good business… and proactive health and safety management!