Can Airbags Cause Hearing Loss? 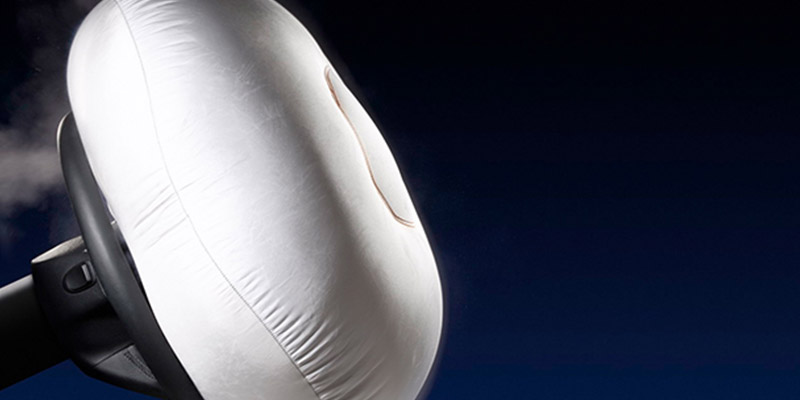 A few years ago, I had the pleasure and privilege of working with a US Navy Officer who was involved in a low-speed automobile accident.  The airbag in her car deployed.  She believes she must have been looking to her left as the front airbag directly impacted the right side of her face, including her right ear.  She immediately noticed a feeling of fullness along with a ringing sound in her right ear that had not been there previously.  To this day her right ear continues to ring.  She has also experienced a minor high-frequency hearing loss in the right ear, but it is the ringing sound that is most bothersome.  It annoys her as well as bothers her sleep and her concentration.  And it will likely never go away.

According to a study in 2007, an estimated 17% of those exposed to collision-related airbag deployment will incur permanent hearing loss.

This young Naval Officer was involved in one of the 5.5 million automobile accidents occurring annually in the United States.  Many accidents involve airbag deployment and with it, the risk of permanent hearing loss and tinnitus.  Even relatively minor slow-speed collisions in which a properly restrained person faces little to no risk of injury can cause such permanent hearing loss and tinnitus when the airbag deploys.  It is not difficult to understand why airbags can cause hearing loss and other ear-related symptoms.  Airbags can inflate as fast as 200 miles per hour – faster than the blink of an eye. The feeling is more akin to getting hit in the face with a boxing glove than a nice, soft pillow.  And the compressed gas used to inflate the bag generates noise levels of 160 decibels or more depending on the type of airbag and from where it deploys.  A driver’s side front airbag can generate about 160 decibels (dB) peak sound pressure level (SPL).  A passenger side front airbag can generate about 168 dB SPL Peak while dual airbag deployment can generate 170 dB SPL Peak.  Side airbags have been measured as high as 178 dB SPL Peak and are more likely to directly impact the ear facing the bag.  These noise levels are comparable to firing a .357 Magnum pistol within inches of the ear.  One such exposure can cause permanent hearing loss.

A 2007 study using computer-based modeling estimates 17% of those exposed to collision-related airbag deployment will incur permanent hearing loss.  A 1999 study at the Michigan Ear Institute found that 85% of those experiencing impact from airbags and subsequently seen in their clinic had hearing loss and tinnitus.  Another 50% experienced some degree of disequilibrium, 20% had eardrum rupture, 30% experienced a feeling of “fullness” in their ear(s) and 15% experienced chronic pain due to jaw-related injury.  If an ear was impacted directly, as in the case of the Naval Officer above, then the risk significantly increases for hearing loss, aural fullness and eardrum rupture.

These noise levels are far beyond what is necessary for safety, especially in low-speed collisions.

Fortunately, ear injuries can be medically treated.  A 2012 study at the Saitama Medical Center in Japan found that steroid injection followed by a course of oral steroids led to partial recovery of hearing loss and full recovery of tinnitus.  Other studies have yielded similar results for hearing loss, tinnitus and other symptoms caused by airbag-induced ear injuries.  Still, permanent hearing loss and tinnitus often remain following treatment.

Some believe these auditory symptoms are a small price to pay for a technology which clearly saves lives.  Indeed, the National Highway Traffic Safety Administration (NHTSA) states on their website that over 1,500 lives have been saved by over 800,000 airbag deployments.  However, these noise levels are far beyond what is necessary for safety, especially in low-speed collisions.  It is hoped that continued research will result in airbags that save lives while reducing auditory injuries.