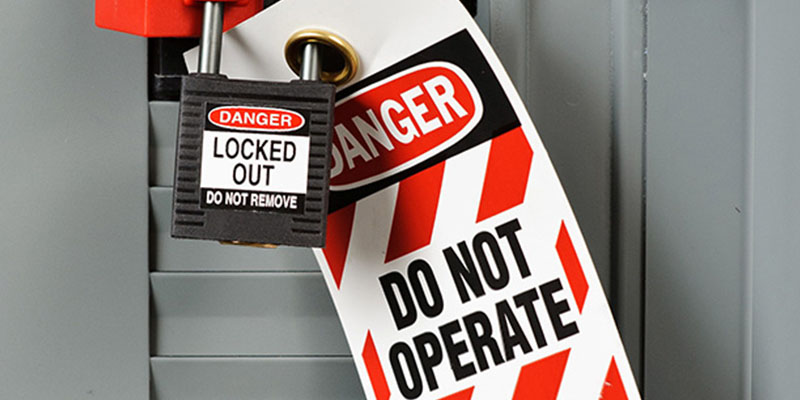 “OSHA’s standard on control of hazardous energy sources (lockout/tagout) does not apply to electrical energy.”

When I make that statement while conducting lockout training, I usually get some strange and confused looks. However, workers with exposure to energized electrical parts or circuits, while performing service or maintenance activities, will not always be protected when following standard lockout procedures as prescribed in 1910.147.

This is confirmed in the Scope at 1910.147(a)(1)(ii)(C), which expressly exempts, “Exposure to electrical hazards from work on, near, or with conductors or equipment in electric utilization installations, which is covered by Subpart S.” Subpart S being OSHA’s electrical standards.

Such work, where an employee may be exposed to electrical shock, is covered by OSHA’s Electrical Safety-Related Work Practices (ESRWP) standard at 1910.333(b)(2). A quick read reveals only one major difference between the two standards- verification. With that one exception, it would be appropriate to follow 1910.147.

To clarify, let’s say an employee is required to replace the v-belts on a piece of equipment. The employee must protect him or herself from the mechanical energy posed by the belts and sheaves. The lockout requirements under 147, as well as the procedure for the equipment, would require him/her to lockout the disconnect or energy isolation device serving that motor and then verify lockout by intentionally trying to start the equipment, i.e. push the start button.

However, if the employee is going to change the motor, he/she must not only remove the v-belts (again, mechanical energy), but must also gain access to and disconnect the wires providing electrical energy to the motor. In other words, the employee now has exposure to electrical energy and the risk of electrical shock. The worker would open and lockout the same electrical disconnect; however, nothing is beyond failure. There could still be electricity running to the motor or switch. If there is a problem with either, the motor may not start up when the start button is pressed although the wires leading to the motor could still be energized due to a failure within the disconnect. Pushing the start button in this case only gives the employee a false and potentially deadly understanding regarding the presence of electricity in the circuit. For this reason, 1910.333(b)(2) would require the employee to verify de-energization by using an electrical test instrument such as a volt meter to confirm de-energization.

Many employers have made the mistake of thinking that OSHA’s ESRWP standard is intended only for those who perform electrical maintenance activities such as electricians and qualified persons. The standard, derived from NFPA 70E, applies to anyone who works on, with or near electrical circuits and equipment greater than 50 volts.

The puzzled stares I face when I make that opening statement suggests either inadequate training or a lack of understanding of training provided.

Please be sure your employees who perform service and maintenance activities understand the requirements of verification when electrical energy may be present. Make 70E or ESRWP a part of the training for any employee who may have exposure to electrical circuits and equipment exceeding 50 volts.