What Does Organic Dry Cleaning Really Mean? – Part I 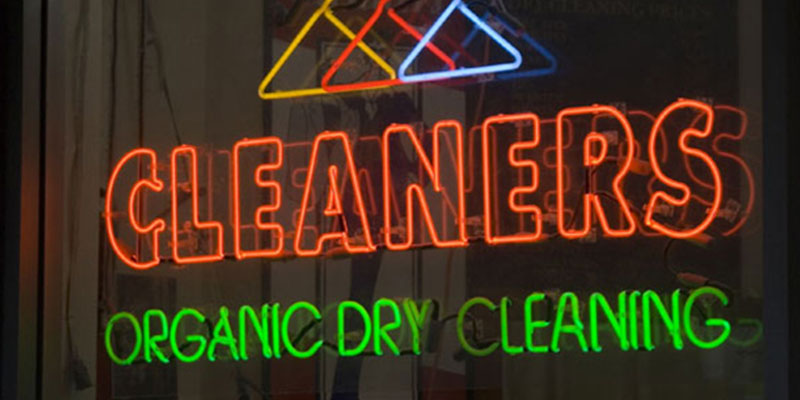 This is Part I of our 2 Part Series on Organic Dry Cleaning. In Part I, we explore the history of solvents used in dry cleaning operations and in Part II we will address exactly what does “Organic Dry Cleaning” mean and the alternatives that may be available.

Some dry cleaners will advertise as “green,” “organic,” or “environmentally friendly.”  This sounds great and why would one not use such a facility to clean their clothes?  Well, the claims of such cleaning processes are not so easy to decipher.

First, a Little History…
the first documented reference to an organic solvent was the use of spirits of turpentine in 1690.  Perchloroethylene (or “PERC”) was first synthesized in 1821.  By the late 1800s, cleaners included benzene, naphtha, kerosene, turpentine spirits and white gasoline.  Raw white gasoline was the most commonly used solvent in the early 1900s and at that time, most U.S. operations used approximately 12,000 gallons of gasoline per year.  During this time period, most insurance companies would not insure dry cleaners due to the high risk of explosions and fires.

Because of the problem with fires, “safer” solvents were introduced in the 1920s.  The most common type of petroleum-based solvent was Stoddard; named after William J. Stoddard (a dry cleaner from Atlanta, Georgia) in 1924.  Stoddard was considered “safer” because of its higher flashpoint.  In 1930, trichloethylene (TCE) was introduced as a cleaning solvent and PERC followed in 1934.  By 1940, chlorinated solvent use in the U.S. included 45 million pounds of carbon tetrachloride, 12 million pounds of PERC and 5 million pounds of trichloroethylene.

Prior to 1986, most dry cleaners were discharging their separator water either on-site into a septic system or into the public sanitary sewer.

By 1948, PERC replaced carbon tetrachloride as the most common chlorinated solvent used in the United States.  The use of carbon tetrachloride as a dry cleaning solvent was discontinued in the 1950s due to corrosion problems with equipment.  By the 1950s, Stoddard still remained the most commonly used solvent for cleaning.  It was not until 1962 that PERC become the number one cleaner in the U.S. with its use peaking in 1980.

In 1985, the Environmental Protection Agency (EPA) published a Notice of Intent to list PERC as a potentially toxic air pollutant to be regulated under the Clean Air Act.  It was not until 1986 that PERC cleaners starting shipping wastes off site for disposal as hazardous wastes.  So this means that prior to 1986, most dry cleaners were discharging their separator water either on-site into a septic system or into the public sanitary sewer.  By the late 1980s and early 1990s, the Clean Air Act proposed national emission standards to limit PERC emissions from dry cleaners and the Clean Water Act indicated PERC may have adverse effect on human health.  By 1998, PERC was no longer the dominant solvent used by dry cleaners in the U.S.  Since then many alternative cleaners have been introduced.

So what are today’s alternatives to PERC and what is organic dry cleaning?  Stay tuned for Part II of this blog series.