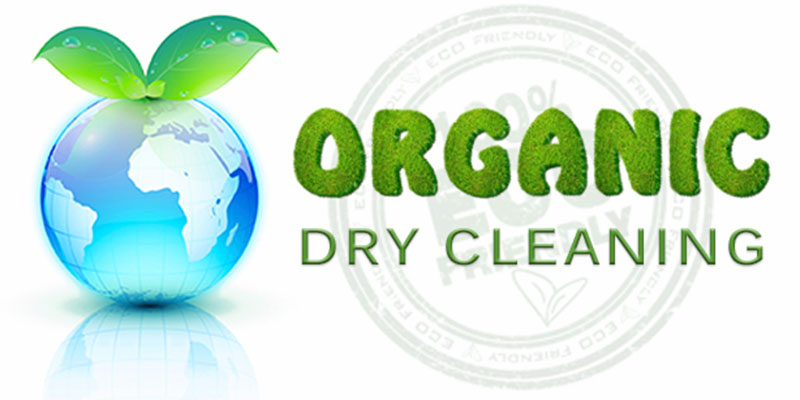 This is Part II of our 2 Part Series on Organic Dry Cleaning. In Part I, we explored the history of solvents used in dry cleaning operations and in Part II we address exactly what does “Organic Dry Cleaning” mean and the alternatives that may be available.

Some dry cleaners will advertise as “green,” “organic,” or “environmentally friendly.”  This sounds great and why would one not use such a facility to clean their clothes?  Well, the claims of such cleaning processes are not so easy to decipher.

In dry cleaning terms, “organic” is generally just applied to processes that do not use PERC.

So what are today’s alternatives to PERC and what is organic dry cleaning?
Well, the definition of “organic” is unclear when it comes to dry cleaning.  The FDA (U.S. Food and Drug Administration) certifies agricultural businesses as “organic” based on a number of requirements.  Today, we all know what “organic” means in the food world.  However, the FDA does not regulate dry cleaners.  In the chemical world, “organic” means anything with carbon in its molecular make up, which includes perchloroethylene (PERC) and petroleum-based products.  So this does seem confusing and an odd use of the term “organic.”  The same applies to “green” cleaning as there is no clear definition as to how “green cleaning” is defined (note: this excludes the patented GreenEarth® Cleaning, which is defined below).  While “organic” and “green cleaning” sound attractive, the definition of such cleaning is not clear.  I almost equate this to the food industry’s use of the term “all natural.”  Such a term has no definition under the FDA.   In dry cleaning terms, “organic” is generally just applied to processes that do not use PERC.  Today, non-PERC cleaning generally refers to at least three processes that include the patented GreenEarth® Cleaning, hydrocarbon cleaning and CO2 cleaning.

GreenEarth Cleaning®, which was introduced in 1998, is a process that involves a nontoxic, chemically inert, silicone-based solvent.  You might also run into cleaners that use the GreenEarth method, which replaces PERC with a silicone-based solvent known as siloxane or D-5 (full name is decamethylcyclopentasiloxane), which is similar to the base ingredients in deodorant and shaving creams.  D-5 degrades to sand, water and carbon dioxide.  It’s chemically inert, which means no chemicals mix with your clothes while they are being cleaned.  When disposed, its ingredients decompose within days into silica, water and trace amounts of carbon dioxide.  GreenEarth Cleaning LLC is an American company based in Kansas City, Missouri that was formed in 1999.  The company does not operate dry cleaning plants and does not sell machines, solvent or detergents, but rather licenses independent drycleaners and chains to become affiliates and use their proprietary cleaning process.  The GreenEarth system is generally considered not to pose a health risk to the public, but has been found to persist in the environment and is harmful if fumes from its burning are inhaled.  While some studies indicate increased rates of cancer in rodents via ingestion and inhalation; whether or not this increase in incidental or is truly related to the exposure to D5 is not clear.  Also, it is unclear at this time if such results can be equated to humans.  Regardless, at this time, the regulatory agencies have not determined if D5 can be marketed as “environmentally friendly.”  The EPA notes D-5 might be a carcinogen.  Also, manufacturing D-5 requires chlorine, which releases carcinogenic dioxin during its own manufacture.  California’s Air Resources Board notes that while an improvement over PERC, D5 certainly shouldn’t be marketed as “non-toxic” or “eco-friendly.”

Hydrocarbon cleaning is the oldest and cheapest alternative to PERC.  It uses a volatile, carbon-based compound, similar to PERC in chemical composition.  Largely manufactured by Chevron as EcoSolv and ExxonMobil as DF-2000, the solvent is less hazardous to workers and the environment than PERC.  However, hydrocarbon cleaning methods are not green as hydrocarbon solvent is a petroleum-based solvent and carries all the environmental concerns of petroleum, including the fact that it is a major source of greenhouse gases.

CO2 cleaning is the newest and priciest technology, which generally means higher costs to the customer.  Many businesses can’t afford the costs of purchasing and maintaining the equipment for this type of cleaning.  According to the EPA, the cost of standard machines ranges from $35,000 to $52,000.  This specialized equipment uses pressurized carbon dioxide, which is converted from a gas to liquid, which is then used to clean the clothes.  After that, the carbon dioxide is converted back into gas and released.  It is viewed as environmentally friendly and in addition to the process of wet cleaning, the best for keeping fabric chemical-free.

The shift towards safer dry cleaning is headed by California, where the state has committed to phasing out PERC by 2023 and is offering grant money to cleaners that switch from PERC to CO2 or wet cleaning.  States like Massachusetts and New York are considering similar legislation.

In my opinion, it seems hydrocarbon and D5 cleaning are better alternatives than PERC.  And better yet is CO2 cleaning.  While the regulatory agencies are still evaluating these alternatives, they are a better choice over PERC.