The Flint Water Issue – The Science That Drove The Crisis 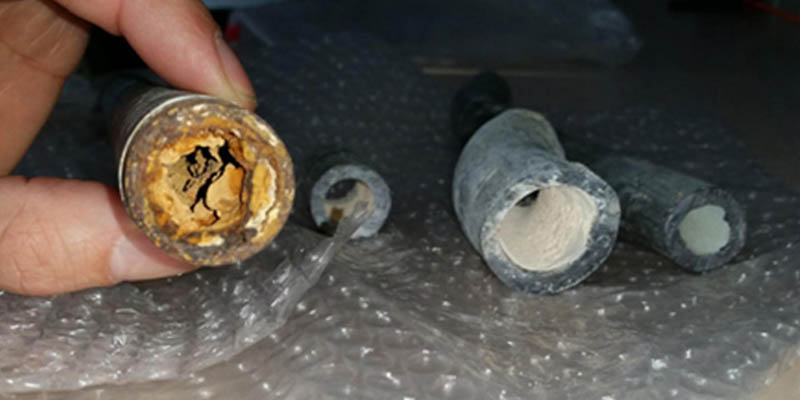 This is Part II of our two part blog series on the water crisis that has evolved over the last year in Flint, Michigan. The first part of the story dealt with the description of the problem and a timeline of events regarding the disaster. Now in Part II, we investigate the science that drove the crisis.

It’s already March; signs of spring are peeking through, and there is no let-up in the attention directed toward the water crisis that has unfolded in Flint, Michigan over the past year. Governor Rick Snyder continues to apologize, saying “I am kicking myself every day” (USAToday, Feb 26, 2016) over the failure to act sooner, as his office releases emails showing red flags were raised as early as 2014 regarding the quality of Flint’s drinking water. A committee has been formed to begin a petition drive to recall the governor. Meanwhile the US EPA has sent letters to governors and water quality regulators across the country promising greater enforcement of rules to protect citizens from lead in drinking water and urging states to locate lead water lines within their systems. In 1990, the American Water Works Association estimated there were millions of lead pipes buried in cities across the country; but in many cases the cities are unsure of their locations, making accurate testing of drinking water a hit or miss proposition.

How was the decision made to switch to Flint River water, given the history of the river and the known fact that the river water was hard to treat and required extensive chemistry?

As the political events continue to unfold, citizens, and even pets, are continuing to get sick, and it’s not just lead. The Michigan Department of Health and Human Services recently announced that Flint and the surrounding area had seen a spike in cases of Legionnaire’s disease, a virulent form of pneumonia caused by water-borne bacteria. It was reported that 87 Legionnaire’s cases had been reported between June 2014 and November 2015, contrasted with a background of 4-13 cases annually over the previous four years. Ten of those 87 cases were fatal.

So how did we get to this point in Flint? As it turns out the Flint River has not been clean for a long time. For most of its history Flint wasn’t concerned about the quality of water in the river. A timeline shows that pollution began in the 1830’s as sawmills cropped up around Flint (The Verge, Feb. 26, 2016).  Over the years the industrial landscape changed from lumber to paper, to carriages and finally automobiles and meatpacking, each dumping their effluents onto the ground or into the river. Flint was booming, reaching a population of around 150,000 by 1930. Flint had drawn its drinking and industrial water from the river since 1893, discharging it, untreated, downstream. Anecdotal accounts remain that the river caught fire at least twice in the 1940’s.

As industry grew, water demand grew, and new regulations forced industry and the city to treat and dilute their wastes before discharging. With this growth the small flow of the Flint River was not able to supply the city’s need, and Flint switched to a more reliable source, the Detroit water system, in 1967. But the switch didn’t help the Flint River. Agricultural runoff continued to add phosphates from fertilizer that pushed algae growth, collapsing oxygen levels, killing fish, and turning the water brown. GM closed plants in the area one by one, leaving behind sites contaminated with heavy metals and solvents. While regulations prevented dumping, sewage releases and illegal activity continued. The Verge reported that “In 1990 a furniture salesman was convicted of dumping entire drums of methylene chloride, toluene, xylene and lead onto a property on the banks of the river”. In addition the regular use of salt on bridges and roadways in Flint continued to raise the levels of chlorides in the river, making the water more corrosive. So the question remains – How was the decision made to switch to Flint River water, given the history of the river and the known fact that the river water was hard to treat and required extensive chemistry? It appears that, at least in this case, economics overruled science.

So, again the question – why the switch in water supplies created such a critical situation? Chemical and Engineering News (C&EN, Feb 11, 2016) provided a detailed discussion of the issues affecting the Flint water system. Lead pipes have not been installed for years, yet they remain in existing systems, along with copper and iron pipes. The lead pipes were often used to connect service lines with water mains in the street.

Any water system will reach an equilibrium over time. Water treatment facilities add various chemicals to treated water to kill bacteria, maintain pH and importantly, to maintain a coating of the interior surfaces of the piping system. This mineral crust, called a passivation layer, insulates the pipe surface from the water flowing in the system. Passivation chemistry is extremely complex. In a nutshell, treatment plants add a chemical known as orthophosphate to the water as a part of their corrosion control plan. These chemicals support the buildup of metal phosphates on the inner surface of the pipe, maintaining this crust. However, after the switch was made, Flint officials chose not to incorporate phosphate treatment or other corrosion control into the treatment regimen, and the protective layer began to break down.

No corrosion control, uncontrolled pH, and high chloride levels – the equilibrium that had quietly existed in the Flint water system for decades was shocked when the highly corrosive water from the Flint River hit the system.

As the passivation layer corrodes, it sloughs off releasing contaminants to the system. The metal surfaces of the pipe are exposed, resulting in leaching of metals directly into the water. Exposed iron piping leads to corrosion and rust, producing rust-colored water. This oxidation process (rusting) also reduces free chlorine levels in the water, encouraging biological growth. But the big issue remained the lead.

There were other treatment problems too. Treated water from the Flint River had a low pH, and that value continued to decrease over time, reaching 7.3 in April 2015. As pH is lowered, particularly in the absence of phosphates, the corrosion and leaching of metals increases. Older cities with lots of lead pipe (like Boston) maintain steady target pH at 9 or above to control corrosion.

Yet another issue has contributed to the Flint situation– the concentration of chlorides in water. These chlorides were most likely an indirect result of the plant’s attempts to deal with another water issue – bacteria. The Flint system was built for high capacity at the height of the industrial boom. Now that the industrial demand has largely left town, water usage has dropped precipitously, causing long residence times within the system and areas of little flow. These conditions encouraged the growth of bacteria, including E. coli, Legionella and others.

Science plays an important role in many facets of our daily existence, much of which we simply take for granted.

In response to the bacterial concerns Flint increased the levels of chlorine in an attempt to control systemic E. coli contamination. Unfortunately disinfection byproducts (trihalomethanes and others) can form through reactions between chlorine and organic matter present in the water. So ferric chloride was added to the water to precipitate out organic matter and reduce trihalomethane levels. Trihalomethanes were contained within targets, but chloride levels remained high, augmented by the contribution from the winter road salt. Chloride ratios in treated Flint water were 1.6, compared to 0.45 for Detroit water.

So with this triple whammy – no corrosion control, uncontrolled pH, and high chloride levels – the equilibrium that had quietly existed in the Flint water system for decades was shocked when the highly corrosive water from the Flint River hit the system. The passivation layer began to break down, shedding contaminants. The metal phosphates (some were lead phosphates) from the passivation layer were released to flow through the system. The metal pipes were exposed, which were then attacked by the corrosive water, leaching out metals. All of this led to varying degrees of lead in the water system, some reaching as high as an astounding 13,200 parts per billion, almost 900 times the EPA regulatory limit of 15 ppb.

The Flint water system switched back to Detroit water in October 2015, re-establishing proper corrosion and pH control. With control restored, the passivation layers within the system will begin to stabilize and rebuild, causing contaminant levels, particularly lead, to gradually decline. Some estimates are that it may take a year or more for the piping system to re-stabilize and lead levels to fall back to an acceptable range.

Clearly, there are important lessons to be learned from this crisis that has affected the lives of thousands and grabbed the nation’s attention. Science plays an important role in many facets of our daily existence, much of which we simply take for granted. In many cases the inputs, the reactions and the outcomes of the processes we utilize are well known, some for many decades. To ignore this science, under the pressure of politics, economics or other factors, is shortsighted, and done only at our peril, with lasting and far-reaching impact.