Part I: Aerial Lifts and Scissor Lifts: Decoding the Mystery 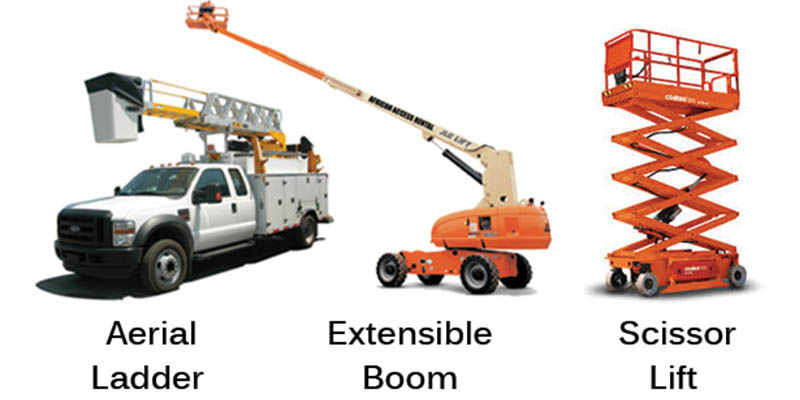 In my travels around the country and working with clients, most of whom employ some type of personnel lifting /working platform, I see much confusion regarding the issue of fall protection. Part of the reason for this confusion is due to terminology used in the OSHA standards and the fact there is no OSHA standard which specifically addresses scissor lifts.

Aerial Lift vs Scissor Lift
First, let’s clarify the difference in equipment. At 1910.67 and 1926.453, OSHA has requirements pertaining to the use of aerial devices or aerial lifts. An aerial device is a vehicle mounted work platform such as an extensible or articulating boom lift, aerial ladder or vehicle-mounted vertical tower as designed and constructed in conformance with the American National Standards for “Vehicle Mounted Elevating and Rotating Work Platforms,” ANSI A92.2-1969. A scissor lift, by definition, is a mobile scaffold and would fall under 1926.451, 1926.452(w) and ANSI A92.6.

A scissor lift is not an aerial lift.

According to 1910.67(c)(2)(v), 1926.453(b)(2)(v) and ANSI 92.2, tie-off to the device is required whenever operating an aerial lift. While A92.2 simply states to use appropriate fall protection connected to the device at the platform position, both of these OSHA standards still retain the original reference to the use of body belts in conjunction with a lanyard.  However, a note has been added to clarify that the use of body belts is prohibited for fall arrest, but not for fall restraint.

So why doesn’t the bucket or the rail around the basket on an aerial lift suffice for fall protection as it does on a scissor lift? Actually, it does.

The reason workers must be tied off while operating an aerial lift is because of the way the device operates. Because the aerial lift user is perched in a basket or bucket on the end of a boom, he/she is much more susceptible to the catapult effect and can easily be tossed over the rail or top of the bucket. Untethered operators have been thrown to their deaths from bouncing aerial lifts baskets.

Stay tuned for Part II of our two-part blog series regarding fall protection in Aerial and Scissor Lifts.