No Matter What You Call It: IAQ (or IEQ) Cannot be Avoided 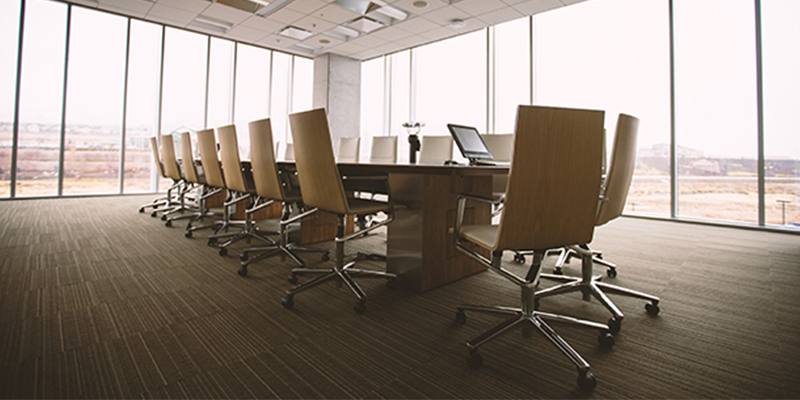 Indoor Air Quality (IAQ) has been an issue for literally hundreds of years. In fact, Ben Franklin was an early air quality expert. Franklin once wrote, “I am persuaded that no common air from without is so unwholesome as the air in a closed room that has been often breathed and not exchanged.” In the mid 19th century, it was found that tuberculosis and other airborne contagious diseases were more readily transmitted indoors, in crowded places with poor ventilation. Accordingly, ventilation codes began to be modified to include requirements for large quantities of outdoor air to lower the risk of disease from airborne infectious agents.

A number of factors have merged to collectively make IAQ a more important issue now as compared to 40 or 50 years ago.

Construction practices are different; windows less frequently open and there is a heavy reliance on HVAC systems to transport outside air to the occupant breathing zones and control humidity. Buildings are affected by energy conservation measures; buildings are tighter, and maintenance of complex systems is often poor. Construction materials have changed. Stone, wood and other natural materials have been replaced by synthetic materials, pressed wood and cellulose products.

In fact, there has been recent discussion regarding even the name itself. IAQ has been the term used for many years. However, some professionals are now using the term “indoor environmental quality” or IEQ. IEQ is differentiated to also include not only air quality, but also issues such as thermal comfort, lighting and ergonomics. In fact, many are now calling themselves (and their organizations) indoor air quality experts, when their primary practice is limited to mold and microbial contamination. However, IAQ, or IEQ, includes much more than mold. It can include such diverse issues as volatile organic chemicals, (VOCs), aldehydes (particularly formaldehyde) and other chemicals, particulates, carbon monoxide, environmental tobacco smoke, radon, dust mites and other allergens.

The term “Sick Building Syndrome” (SBS) was defined by a Swedish investigator in a 1984 publication as a series of non-specific complaints (irritation of the mucous membranes of the eye, nose and throat, headache, fatigue, skin irritation, difficulty concentrating) that occur at higher prevalence rates in some buildings. The name stuck.

But buildings don’t get sick – people do. Professionals are now moving to “Building Related Symptoms” (BRS) to focus on occupants rather than buildings.

BRS are non-specific and can be associated with many different contaminant sources – the exact etiology is not readily apparent, even in buildings that have been thoroughly studied. Symptoms may include upper respiratory congestion, cough, itchy, watery eyes, dermatitis and headache. Occupants with BRS generally report relief when away from the building. “Building Related Illness” on the other hand is defined as a clinical disease (with recognized signs and symptoms) that can be associated with building occupancy. Probably the best-known example is a case of Legionnaire’s Disease that occurred in a Philadelphia hotel in 1976 as a result of exposure to the bacterium Legionella pnuemophilia, resulting in 29 fatalities. Other examples are as diverse as cancer from ETS and radon; allergic response from microbial agents, and dermatitis caused by fiberglass insulation fibers.

Psychological and social factors are important in problem buildings and can’t be ignored. Stress and workplace organizational factors are considered to be predisposing factors in many building related symptoms. A “crisis building” can develop over weeks or months, generated by cues from an unusual odor or stuffiness, causing employees to believe a toxic agent is present in air – where one or more occupants report a non-specific symptom – headache, irritation, etc. Management believes it is merely hysteria. Investigations to detect toxic agents are inconclusive or reveal nothing. Concern by the occupants about their safety leads to heightened anxiety. The situation breeds on itself, and occupants come to believe it is no longer safe to work in the building.

Crisis buildings develop over time and may often result in significant employee distress and impairment of productivity. Communication and openness at all times are keys to the solution for crisis buildings.

On the other hand, mass psychogenic illness (MSI) is an acute reaction that can occur in minutes to hours, involving anxiety, hyperventilation, often followed by headache, dizziness, fainting, nausea and weakness. Gender specific attacks may occur and more importantly, MSI tends to propagate along sight lines or verbally. A triggering event is often a strong influence, such as an announcement by an individual that a toxic agent is present and that it caused their illness, or the development of an uncontrolled itching in front of colleagues. These cases tend to be a minority of IAQ issues. A majority of IAQ complaints seem not to have any apparent objective basis in causation.

The number of building occupants affected by BRS is unknown. However some have reported that as many as 20-30% of non-industrial buildings may be classified as problem buildings, that is those where BRS and impaired productivity occur because of poor IAQ. One study of problem buildings reported renovation costs alone ranged from $150,000 to $10,000,000. Healthcare and litigation costs were also significant. Costs of poor IAQ include: lost productivity, healthcare, business disruption, alternative space and building cleanup and renovation. Consider the impact on business in light of the fact that the indirect cost to US employers for three additional sick days per year and 6 additional minutes of lost concentration per day has been estimated to be as high as $10 billion annually.