Thinking Outside the Box to Identify Confined Spaces 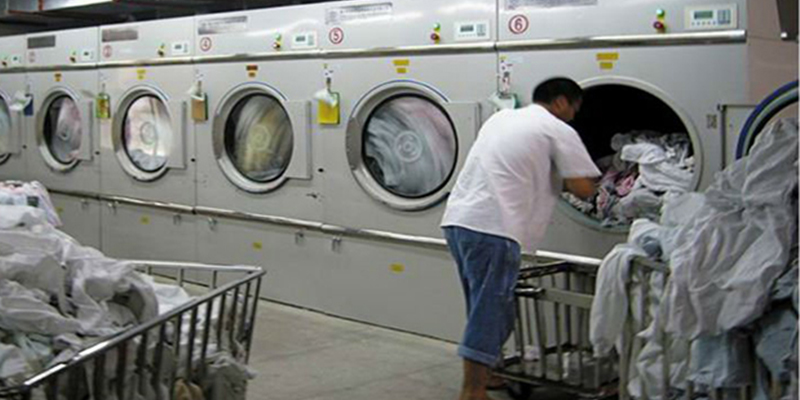 Since 1993, I have been a student of OSHA’s confined space standard (29 CFR 1910.146) and it seems that with every passing day, I discover something new and intriguing. We all know that the OSHA definition of a confined space is:

If the space in question fails to meet all three of these criteria, it is not a confined space. But it is also important to note that in many instances there may be equipment which is overlooked in an employer’s efforts to identify permit-required confined spaces. Such oversights could have serious, even fatal consequences for workers who may enter them.

Identifying confined spaces isn’t an easy task. It takes time and careful consideration of the design and function of each space along with a clear understanding of the confined space standard.

A good example of this is the industrial laundry dryer. The dryer tub is large enough to bodily enter, has restricted entry or exit and is not designed for continuous employee occupancy; therefore, it would be a confined space. And because there are hazards which could cause death or serious injury, if one should be shut up inside, it would be a permit-required confined space. It is designed, however, for the user to reach inside to remove clothes or linen. So by OSHA’s definition, the employee is entering a confined space since the employee is breaking the plane of the opening. But it was never OSHA’s intent to require laundry workers to get a confined space permit every time he/she needs to remove clothes from a dryer.

Here is the difference.

On November 21, 1990, (over two years before the confined space standard was issued in its final form) a hospital janitorial worker in Massachusetts climbed inside a large dryer to remove plastic debris with a chisel. He failed to lock out the automated system and 200 pounds of wet linen was dumped into the dryer on top of the worker. The system started its cycle and the worker was killed. Clearly, the worker was not using the dryer for its intended purpose and the dryer had not been identified as a confined space.

What brought the subject to my attention was a letter of interpretation dated October 23, 1995, which stated that “A typical tractor/trailer of the type described above

On August 27, 1993, I spoke with Mr. Don Kallstrom with OSHA’s Office of General Industry Compliance Assistance. Don, whom I considered to be the godfather of the confined space standard, is now retired. I presented him with a scenario in which an employee stands at the front of the trailer while a forklift brings in rolls of carpet placed perpendicular to the trailer walls. Because of the length of the carpet rolls stretched across the forks, the employee’s exit was blocked. Don told me that this would not be a confined space issue because a trailer or truck of this type would not be considered a confined space simply because it was not OSHA’s intention to apply the confined space standard to this type of truck or trailer. Tanker trucks, yes, but not box type trucks.

This makes very good sense. A trailer is used to haul goods from one point to another. In order to load the trailers, employees must enter them; therefore, it can be said that the trailer is designed for continuous employee occupancy. If an employee is inside a trailer and someone shuts and locks the doors, or brings in loads that would restrict egress, then this would violate 1910.37(a)(3) which requires exit routes to be clear and unobstructed at all times. However, it should not be considered a confined space violation. After all it wasn’t considered a confined space when the worker entered it. According to the previously mentioned interpretation, it would only become a confined space after someone from the outside shut and locked the doors.

Mr. Kallstrom’s verbal interpretation of 1993 is affirmed by a more recent letter of interpretation dated March 8, 2005, in which Mr. Richard Fairfax states, “OSHA would not consider the box van of a truck, as it is ordinarily used and normally configured, to be a confined space.”

The point is, employers must give more than just a passing thought when conducting a confined space assessment.

Some of you are old enough to remember the Apollo space program. It was an Apollo capsule that took three astronauts to the moon and back. Because the craft is designed for continuous employee occupancy, it would not be a confined space. However, what about when the orbiter is on the ground sitting atop an Atlas rocket and a technician crawls inside to perform a task? At that point, because the capsule is not being used as designed, it would be a confined space and should be evaluated to determine if it is permit or non-permit.

Another example would be the MRI machine at your local medical facility. A whole-body MRI machine is large enough to bodily enter, has restricted entry or exit and is not designed for continuous employee occupancy. It is designed for patient occupancy. So, when a hospital employee or contractor enters the machine for purposes other than to get an MRI, such as to clean the inside or make repairs, he/she has entered a confined space which should be evaluated just as any other confined space.

We could do this all day long. The point is, employers must give more than just a passing thought when conducting a confined space assessment. Sometimes it isn’t enough just to ask, does it meet the definition. We should also consider what might occur during downtime or maintenance activities when the equipment is not in its normal use mode or configuration. Even if OSHA should issue an interpretation, as with the box trailers, stating something is not a confined space, it is still imperative to conduct a hazard assessment to determine how any non-routine task or procedures can be conducted safely.

In the preamble to 1910.146, OSHA took the position that it is the design of the space, rather than its final use, that determines if the space in question is designed for continuous employee occupancy. The laundry dryer is designed with the understanding; workers will be able to safely reach inside to perform their normal job. The Apollo space craft is designed for continuous employee occupancy as occupants fly through space…not for workers to enter and perform various tasks.

Of al the confined space audits and assessments I have conducted at hundreds of plants across the country, I have never been to a facility at which all the confined spaces have been identified. It isn’t an easy task. It’s a job that takes time and careful consideration of the design and function of each space along with a clear understanding of the confined space standard. But in the long run, for the safety of confined space entrants, it is time well spent.