Part II: Thinking Outside the Box to Identify Confined Spaces 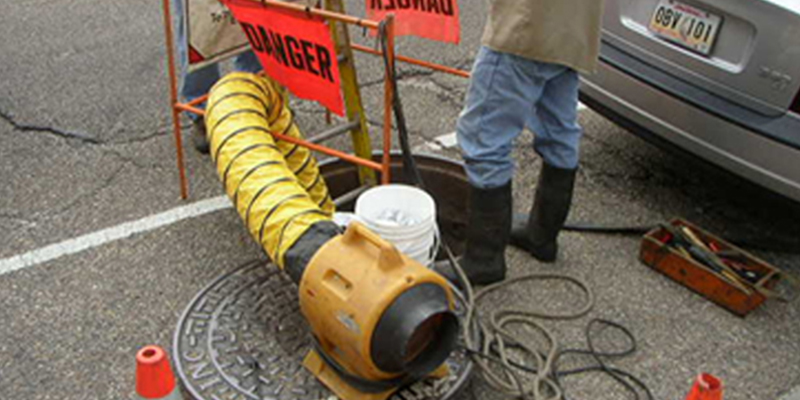 A competent person is defined as one who is capable of identifying existing and predictable hazards in the surroundings or working conditions which are unsanitary, hazardous, or dangerous to employees, and who has the authorization to take prompt corrective measures to eliminate them.

One might argue, that is the role of the entry supervisor under the general industry standard. However, under 1910.146, with exception to atmospheric monitoring, the need to identify existing and predictable hazards associated with a confined space entry is not much more than implication. As a result, it is the opinion of this writer that much confined space training falls short of addressing hazard recognition, particularly regarding predictable hazards.

It may be OSHA’s unwritten expectation that the entry supervisor, at a general industry site, be able to identify existing and predictable hazards in the surroundings or working conditions which are unsanitary, hazardous, or dangerous to employees entering confined spaces but nowhere in 1910.146 is that spelled out. But remember, I stated in Part I of this entry that the confined space standard is a performance-based standard so OSHA would expect the general industry employer to put someone in charge who would be able to make such identification.

For example: let’s say we have maintenance workers entering a steam pit at a 90-year-old manufacturing facility. Assuming the pit meets the definition of a confined space, it must now be evaluated to determine if it is permit or non-permit. Well, according to a letter of interpretation to Mr. Mark Gintner, dated April 18, 2007, the pit will, in all likelihood, be permit-required because of the live steam. Seeking clarification on this particular letter, I spoke with a Federal OSHA representative who told me that one would need to evaluate, as a potential hazard, the steam system and related components. He went on to say that valves, flanges, gaskets, connections and the like have a potential for failing and releasing live steam. Even if an entrant determines there is no active steam leak in the pit, there is still the potential as long as there is live steam present within the system. Thus, the space would be permit-required.

My OSHA contact added that if a system was new or in pristine condition having an excellent maintenance record with new gaskets, then the employer may be able conclude the likelihood of a leak to be low enough that they could classify the space as non-permit.

Keep in mind, verbal interpretations from OSHA are no more than casual conversation between the questioner and OSHA responder.

They carry no weight but can be enlightening and helpful. In other words, this particular OSHA representative was not giving his blessing, but his opinion regarding entry into steam pits and vaults. The employer must decide on a case-by-case basis what, if any, hazards exist.

Figure 1
Figure 1, for example, shows the exhaust steam line for a turbine. Notice the rust. How old are the pipes? What’s the condition of the gaskets? If the system is still charged, the pit would be a permit-required confined space.

Figure 2
In Figure 2, will the entry supervisor be able to identify predictable hazards in this electrical vault? He/she may conclude that the only hazard is electrical and since it is guarded, it presents no hazard and declare the space to be non-permit. But notice the nearby gas lines. Gas lines sometimes leak and the escaping gas may well end up inside the vault. Because the vault has a potential for a hazardous atmosphere, it would be a permit-required confined space but will the entry supervisor be trained to identify that predictable hazard?

Figure 3
And finally, Figure 3. When I shot this picture there were two workers inside the manhole. The entry supervisor felt comfortable they had considered and properly addressed all the hazards. They had proper PPE, adequate ventilation, fall protection- everything required for safe entry- they thought. The one thing they had not considered was the exhaust from the nearby car, with its engine running, being sucked through the blower and blown into the space. Sure, eventually, the air monitor should alarm but still, there is a hazard that was predictable but not identified.

The confined space standard for general industry can be a good standard except for two things:

Employers who have permit-required confined spaces must assure workers are adequately trained to identify all hazards including predictable as well as existing. Confined space training should be sufficiently in-depth to enable someone, whether you call them an entry supervisor or competent person, to identify the possibilities.

In some instances, hazards during entry may vary from one entry to the next. Just because there were no atmospheric hazards one day does not mean there won’t be on another day.  Every entry should be evaluated as a part of the job planning process to assure all hazards have been recognized and proper steps taken to safeguard entrants and attendants. Some general industry employers are of the misconception that they need to develop a written entry procedure for each space, which can be pulled out like a lockout procedure whenever entry is to occur. But if workers follow a pre-determined procedure and the conditions are different between the time of entry and the time at which the procedure was developed, hazards may go unnoticed. OSHA has stated that the written procedure is the permit which is completed prior to each entry. The permit is, in effect, a hazard assessment and one of several hazard recognition techniques. The question is, will the entry supervisor identify all existing and predictable hazards?

The person charged with identifying hazards, regardless of what they are called, should be trained in and apply, standard hazard recognition techniques such as the “what if” technique.

The What If Technique
The what if technique is simply evaluating a situation and then asking, “what if” this or that should happen, in an effort to predict the possibilities.

In 1994, I was told, in another verbal interpretation, that dumpsters and roll-off containers would be non-permit confined spaces if used strictly for office waste containing paper, wood and other materials that would net decay and create hydrogen sulfide or similar atmospheric hazard. So, WHAT IF an employee, while dumping trash from the office waste baskets into the dumpster, sees something inside he wants such as a one-hundred-dollar bill? In the process of climbing inside to get it, he falls, hits his head and is rendered unconscious. Then, WHAT IF, before he awakens, the truck comes and empties the contents of the dumpster, along with the worker, who is compacted along with the garbage before being hauled to the landfill. Sounds far-fetched, right? But I can name several instances in which this happened, one as recently as August in Albany, Oregon. That’s a hazard that my OSHA contact didn’t predict but a real hazard nonetheless.