The Benefits of WELL 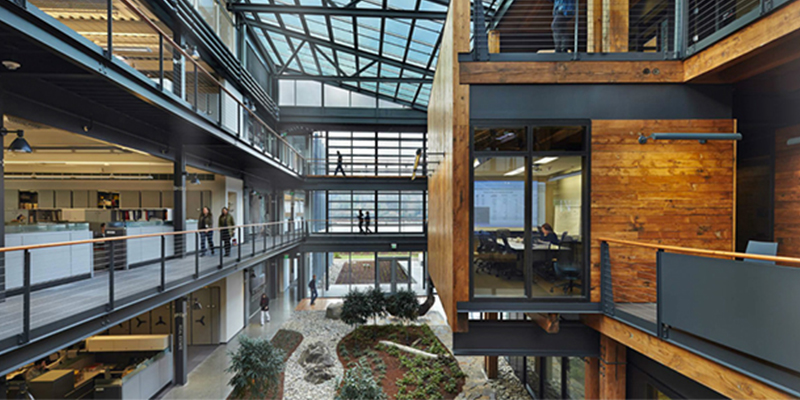 Back in June, I wrote an article entitled, “LEED for People,” where we discussed how a new building standard known as “WELL” was beginning to take shape.  The new standard sought to consider the effects of the built environment on its occupants – specifically the health, mental well-being and productivity of building tenants.

Now that your building is certified by The International WELL Building Institute (IWBI) according to the WELL Building Standard, what can you expect?

Reports from building owners indicate that employees surveyed say the new spaces have had a positive effect on their health and wellbeing.  They collaborate better with others and business performance has improved!  Some research indicates up to 80% of the building occupants feel more productive and less tired at work.  Also, a corollary benefit is that people appear to be inspired by the new space improvements to make positive changes in their own lives!

Much of the research demonstrates that the environment in which we live and work have a direct impact on our wellbeing – from sleep/wake cycles, mood, productivity and improved performance.

This demonstrates how important it is to consider people in all the stages of building development including design, construction and operation.

One additional benefit you may not have counted on as well – that more people will WANT to come to work.  More folks than ever are telecommuting and becoming more and more disconnected from the workplace.  By creating and building an appealing work place that helps someone live a more productive and balanced life, they are going to want to spend more time there.  There are likely to be more efficient and feel good while they are there and reconnected to the company.  Employees will look forward to coming to work every day rather than dreading it.