The New Standard on Walking and Working Surfaces 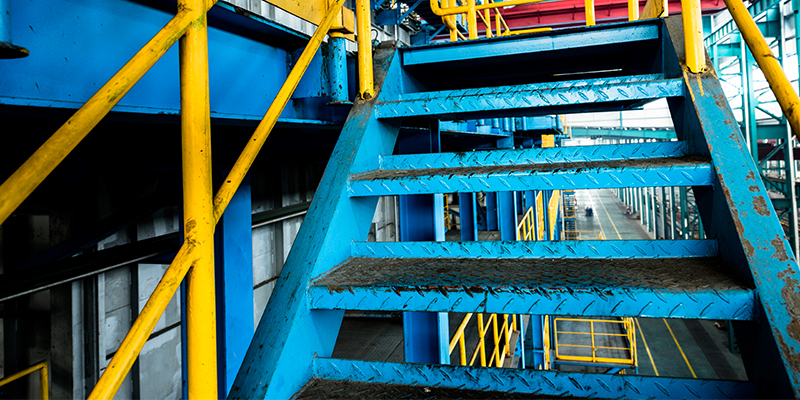 The newly revised standard on walking and working surfaces was published on November 18, 2016 and is set to go into effect on January 17, 2017. The rule is too extensive to cover in its entirety in a blog so we’ll just provide you with the Reader’s Digest version here and perhaps some of our readers will invite us in to conduct training.

The new Subpart D is a gathering of related information taken from several sources such as consensus standards and existing OSHA standards from general industry, construction and maritime. OSHA has taken fall protection requirements from these various documents and put them under a single umbrella to make compliance simpler.

Much of what we already knew concerning walking and working surfaces remains the same; however, while most changes seem minor in nature, there are many significant changes, from terminology to codification.

Following is a summary of each section.

1910.21 Scope and Definitions
Most definitions in the new standard are logical and already familiar to us. For example, we already know what a ladder is or a cage. However, there are a few new additions along with some changes in terms as we knew them. Among the newly defined terms is “walking and working surfaces.” OSHA describes this as “any horizontal or vertical surface on or through which an employee walks, works or gains access to a work area or workplace location.”

No longer does OSHA draw a distinction between a floor hole and a floor opening. Instead, as in the construction standard, there is now just a hole or gap two inches or greater in its least dimension in a horizontal working surface. An opening refers to an opening in a vertical surface such as a wall.

1910.22 General Requirements
The section on general requirements is much like the old rules related to housekeeping, although the language has been modified to facilitate understanding. As before, the term “clean, orderly and sanitary condition” applies to prevention of slips, trips and falls as well as disease prevention through proper sanitary practices. To those readers who may have to deal with combustible dust, be aware that OSHA clarified, in the preamble to the new standards, that combustible dust, as in the past, is included in the housekeeping requirements under 1910.21(a).

Another thing to remember is that the rules apply to ALL walking and working surfaces. That would include, along with the plant floor, the parking lot, sidewalks and surrounding grounds on which an employee may walk or work.

1910.23 Ladders
In the new standard, OSHA has placed portable and fixed ladders together rather than place them under separate standards as in the past and covers all types whether wood, metal or fiberglass. The new ladder standard also includes step stools.

Inspection requirements for ladders under the previous rules were vague. The new standard, at 1910.23(b)(9), requires all ladders “be inspected before initial use in each work shift, and more frequently as necessary, to identify any visible defects that could cause employee injury.” Currently, there is no requirement that inspections be conducted by a competent person or that inspections be documented. OSHA has used performance-based language to allow employers to devise the most effective way to assure ladders are inspected. Still, assuring all ladders in the facility are inspected before first use on each shift may prove to be a logistical nightmare for some employers. It also means those who conduct inspections must be trained in how to effectively inspect ladders.

The standard also provides some information on proper use of ladders but otherwise, with exception of a few subtle changes in design, there is nothing new in the standard.

1910.24 Step Bolts and Manhole Steps
For those employers having workers who use step bolts and/or manhole steps, there is no change in requirements. The only change is that OSHA has created a separate standard and codified it along with other standards on walking and working surfaces. If you are already in compliance with your step bolts and manhole steps, then you should have nothing to worry about.

1910.25 Stairways
The new standard on stairways applies to all stairways including standard, spiral, ship and alternating tread type stairs. It does not apply to stairs serving floating roof tanks, stairs on scaffolds, stairs designed into machines or equipment and stairs on self-propelled motorized equipment. That is not to say that workers climbing on such equipment need not be protected or provided with safe access. In many such cases, OSHA will apply the general duty clause.

Nothing new here. OSHA requires that all stairs, to which this standard applies, be capable of supporting at least five times the normal anticipated live load and no less than 1,000 pounds.

Stairs are safer than ladders. For that reason, OSHA, under the previous rule and continuing here, requires employers to install standard stairs when access from one level to another is regular and routine; meaning, once per day or once per shift. But if accessing other levels is not regular and routine but the worker is exposed to acids, caustics, gases, or other harmful substances, or required to manually carry heavy or bulky materials, tools, or equipment, it would be necessary to provide stairs and not require the use of ladders.

The use of non-standard stairs, which would include spiral stairs, ship stairs and alternating tread-type stairs, is not allowed except in situations where the employer can demonstrate that the installation of standard stairs is not feasible. Where non-standard stairs are used, OSHA requires the employer to ensure they are installed, used, and maintained in accordance with manufacturer’s instructions. For those employers who have already installed alternating tread stairs even where it was feasible to install standard stairs, it appears these will be grandfathered. However, they will be subject to the installation, use and maintenance provisions described in 1910.25(b)(9).

Stairs must have a maximum riser height and minimum tread depth of 9 ½ inches. The new rule does not apply to standard stairs installed before January 17, 2017, provided they are compliant with Table D-1 found at the previous standard 1910.24 or have a combination of riser height and tread depth that allows an angle between 30 and 50 degrees to the horizontal.