The RRP Rule: Part I – A Brief History of Lead-Based Paint in America 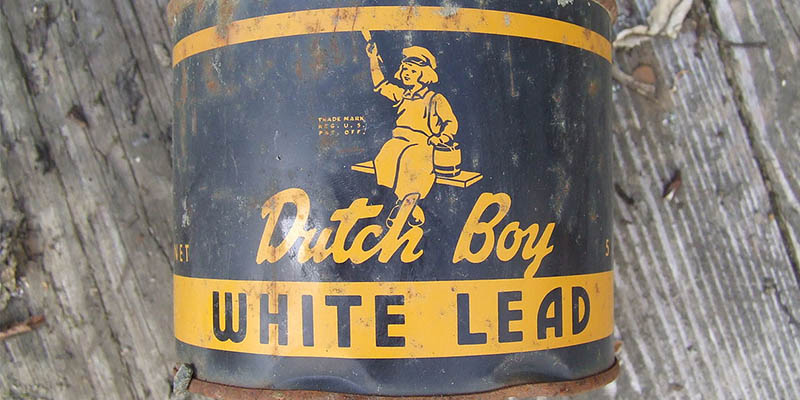 The following is Part I in a 3 part blog series on the history of lead-based paint in the United States.

1977 . . . it gave us Star Wars, the first personal computer for the home and the Eagles’ Hotel California. But as magical as the year was, it also represented the end of certain classics—Elvis, Sanford & Son and of all things . . . lead-based paint.

OK, some losses are worse than others, but try telling that to generations of painters who swore by lead-based paint’s durability, color and knack for killing mold and mildew. Add to those benefits, its anti-corrosive and soundproofing qualities, and sometimes you understand why Americans overlooked the toxic consequences of lead-based paint for most of the twentieth century. Regardless of how differently we choose to remember the stuff, the fact remains that on New Year’s Day, 1978, we awoke to a country where lead had been eliminated from all household paint. Welcome to the world of latex!

So whatever happened to all of that lead-based paint that had been used for decades throughout or nation?

Well first, it wasn’t just paint. During lead’s heyday, it was added to all sorts of surface coatings, including stains, shellacs and varnishes. Often, painters bought products that already contained lead only to mix in their own extra. While it is common to interior walls, windows and home exteriors built prior to 1978, it also shows up in places you might not expect, such as staircases and hardwood floors. Today, the best estimates put numbers around 34 million homes in America with some source of lead-based surface coating.

After our country was forced to accept the scope of its lead paint experiment, there was little choice but to leave the mistake untouched. The financial challenge of abating America’s residential inventory was simply too much for the nation to handle. Most lead-based paint was eventually covered with coats of safer paint, and time marched on—out of sight, out of mind.

Stay tuned for Part II and III of this blog series where we will examine the evolution of the Lead Renovation, Repair and Painting (RRP) rule.