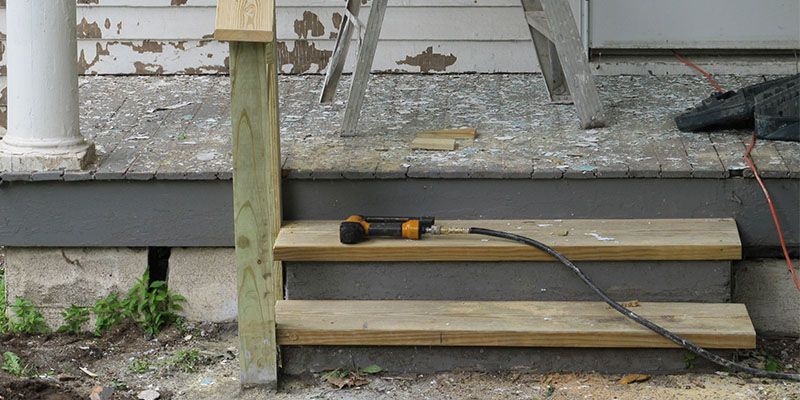 On January 31st 2017, Shannon Steinbauer, HUD’s Lead and Healthy Homes Program Division Director, issued new policy guidance for the Office of Lead Hazard Control and Healthy Homes’ (OLHCHH’s) Lead-Based Paint Hazard Control (LBPHC) and Lead Hazard Reduction Demonstration (LHRD) Grantees. Under the new policy, the LBPHC and LHRD Grantees will use lower lead dust hazard and clearance action levels. However, in states that have promulgated lower hazard and clearance levels, the Grantees will continue to utilize the State’s criteria. The changes for LBPHC and LHRD Grantees are summarized below:

An additional change included in the new policy guidance was adding a porch floor clearance action level of <40 µg/ft2.

This action level was included “because of a study that showed porches had high levels of lead dust after abatement in the home and that the action level is readily attainable.”

The decision to enact the new policy is based on two factors. The first being research demonstrating children suffer developmental deficits at blood levels below 5 µg/dL. The Centers for Disease Control and Prevention (CDC) replaced the blood lead “level of concern” of 10 µg/dL with a “reference level” of 5 µg/dL in 2012 based on a study published by the National Toxicology Program (NTP) in 2012.

With the understanding of the importance of maintaining children’s blood levels as low as feasible, the OLHCHH looked for research to determine what the additional burden lowering the lead dust clearance action levels would be for its Grantees. A survey was conducted in 2014 by QuanTech, Inc. for HUD and the OLHCHH in which data was collected from LBPHC and LHRD Grantees about clearance levels achieved in housing following completion of lead hazard control activities. Analysis of the data indicated that approximately 85% of floor clearance samples, 97% of window sill clearance samples and 94% of window trough clearance samples were at or below the then proposed lead dust clearance action levels. This information provided the basis for the new policy guidance.

These new policies only apply to those working under the LBPHC and LHRD grantees, which began April 1, 2017. The consequences of these new rules will be interesting.  As a lead inspector and risk assessor, I certainly appreciate an approach attempting to do more to protect children from lead poisoning. However, for some of these Grantees, the change comes after contracts with abatement contractors and lead inspectors/ risk assessor firms have been signed and prices fixed. This new guidance does not provide any additional funds which will be incurred from failed clearances and high sample analysis fees. This may actually limit the number of homes that could be completed during the current grants. With a new grant cycle starting later this year, one wonders if they should have waited to implement these standards to allow the grantees to budget for them.