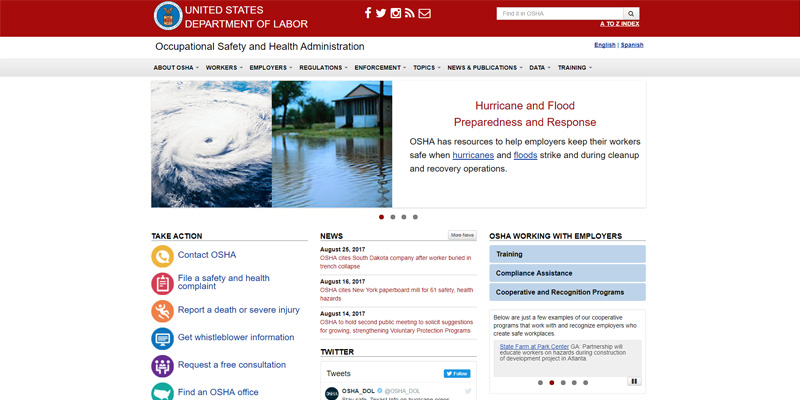 If you happened to visit the Occupational Safety and Health Administration’s (OSHA) website this morning, you might notice something missing.  The Labor Department has long kept a prominently placed list of worker fatalities on the front page of www.OSHA.gov, but inexplicably chose to remove it this past Friday.  And in the midst of news about Hurricane Harvey, the transgender ban, and protests over Confederate monuments, you could easily be forgiven for missing this second page news story.  And perhaps that is exactly what the current administration is hoping for.

The notion that the Trump administration places a low priority on protecting workers in favor of job growth statistics and corporate profits is not a new one.  Debbie Berkowitz, OSHA’s chief of staff from 2009 to 2013 and current fellow at the National Employment Law Project, commented over the weekend, saying, “I just think this is one more action by the administration to make it clear that they are not really interested in protecting workers. They are more interested in hiding the data and hiding fatalities.”

In a political climate where any news can be dismissed as “fake” and presidential tweets often carry more weight than statistics, there seems to be a reduced importance for objective data on employee safety in the workplace.  Berkowitz drove this point home.  “It allows the Secretary of Labor to say things are going well. There’s nothing to contradict this.”

The current Labor Department Spokeswoman, Mandy Kraft, indicated that the change was made because of concerns over the accuracy of the data.  For example, the list included fatalities where the employer was not cited for a violation related to the incident.  Doesn’t exactly portray a strong concern to pay tribute to employees killed on the job, does it?

More than ever, the burden to make sure workers return home safely to their families each night now falls on employers and safety professionals in America’s workplaces.