Should OSHA Be Regulating the NFL? 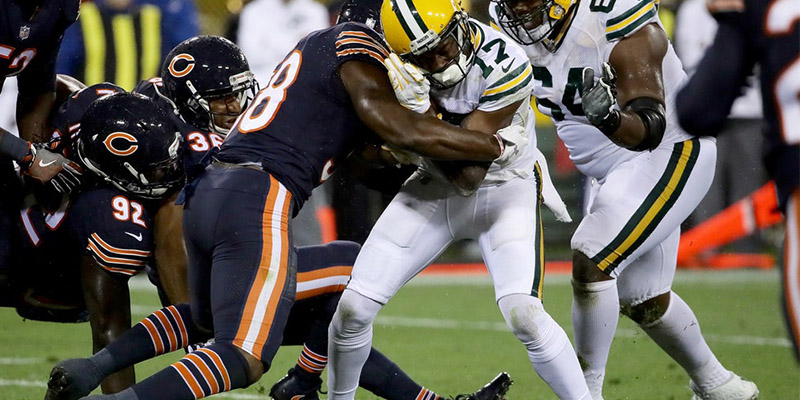 “THE PROSPECT OF APPLYING OCCUPATIONAL HEALTH AND SAFETY LAW TO PROTECT NFL WORKERS,” was the statement proposed by Adam M. Finkel, Christopher R. Deubert, Orly Lobel, I. Glenn Cohen and Holly Fernandez Lynch and was the primary study developed by the Law and Ethics Initiative from Harvard University.

The Occupational Safety and Health Act (“OSH Act”) states “each employer shall furnish to each of his employees’ a place of employment which are free from recognized hazards that are causing or are likely to cause death or serious physical harm.” With recent statistics confirming injury rates that exceed those of any other major professional sport, and that the mean career length of a drafted NFL player is approximately five years; it sounds like the NFL would be a prime candidate for OSHA involvement.  This article explores in great depth what might happen if our society treated professional football like a workplace that is subject to government regulation and facilitates more informed understanding of the risks players face to provide fans with entertainment. It also discusses the extent to which there may be ways to preserve the freedom to play football, while reducing the risks and explores the possible role for OSHA and other government agencies in moving the needle towards greater safety and health.

The article consists of five parts. In Part I, they provide some basic background on OSHA and the tools for regulating workplace health and safety. In Part II, they review OSHA’s prior interest in various matters directly or indirectly by reviewing cases involving other entertainment outlets; the recent example of litigation concerning the General Duty Clause involving SeaWorld, the marine animal theme park (“SeaWorld Case”). In the SeaWorld Case, OSHA alleged a General Duty Clause violation after an animal trainer was killed while interacting with an orca whale. Following an evidentiary hearing, an Administrative Law Judge (“ALJ”) for the OSHRC found in OSHA’s favor, a decision affirmed by the D.C. Circuit in 2014.

In Part III of the article, the group discusses whether the health and safety risks of professional football, and the means of reducing these risks, meet the various legal tests either for OSHA standard setting or for enforcement of the OSH Act’s General Duty Clause. Even with the NFL players’ employment status being clear regarding the individual clubs, OSHA has avoided answering the question as to whether it has jurisdictional authority over NFL clubs and in fact, has wrongly asserted that it does not. In response to Freedom of Information Act (“FOIA”) requests that were made, OSHA provided documents it said were in its possession concerning the NFL and the sport of professional football.

These documents reflect OSHA’s misunderstanding of NFL players’ employment and an unwillingness to be involved.

Part IV tries to explain that when OSHA “touches a nerve,” it risks doing itself—and its mission—even more harm than if it had remained silent. OSHA officials may worry that by venturing close to the third-rail issue of football, the agency might come away with even less ability to help other workers in the entertainment sector or even in completely unrelated areas.

In Part V, a large portion of the political and practical reasons discussed support the unlikelihood that OSHA will attempt to regulate the NFL, either by traditional standard setting or by asserting in a specific enforcement case that a General Duty Clause remedy exists and thereby setting a precedent for the rest of the NFL. However, there are a wide variety of ways for OSHA to intervene or involve itself without regulating per se.

To summarize; OSHA has made no promises of any kind with respect to regulating football player health and safety, so a successful petition for agency action seems unlikely. Twenty-six states have been authorized by OSHA to conduct their own occupational safety and health programs, one or more state OSHA programs could promulgate their own regulations governing football or hazards, especially if prodded to do so by a loud enough advocacy group. Recognizing its considerable authority to regulate private workplaces, something as simple as a letter from OSHA to the NFL inquiring about the risks of playing in the NFL and any relevant policies might cause the NFL to be more proactive (or conciliatory) in addressing player health issues. Clearly, the onus is on OSHA: it should be more willing to step up to this challenge, and less conflicted about offering to participate in an issue where it has expertise complementary to that of the NFL.

Should you have questions or concerns regarding safety at your facility, please reach out to me at rcampbell@ei1.com or (919) 459-5240.