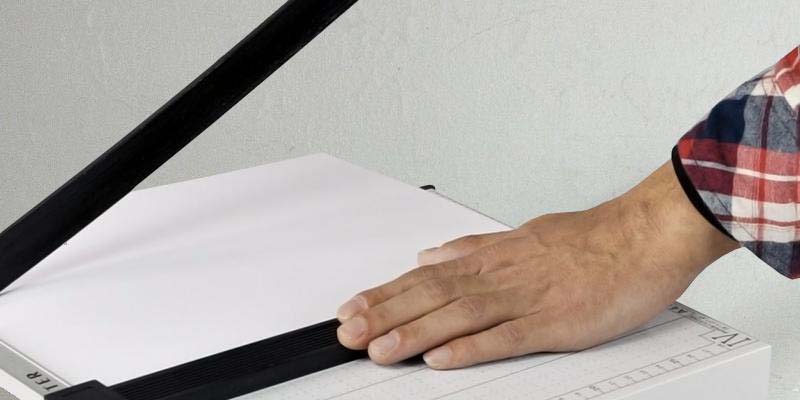 Manual paper cutters, also known as paper trimmers or guillotine cutters, in addition to being a useful office tool, seem to last forever. That’s why we will occasionally run across one that seems to be of an earlier vintage and is not equipped with a finger guard (Figure A). Most paper cutters manufactured today will include the guard (Figure B). However, if you do have one without a guard, you should be aware that in addition to presenting a hazard to the user, it is also an OSHA violation.

OSHA defines the point of operation as “that point at which cutting, shaping, boring, or forming is accomplished upon the stock.” That said, where the knife makes contact with the paper during the cutting process is considered the point of operation and, according to 1910.212(a)(3)(ii), would require guarding. An earlier interpretation explains why this would be cited as a violation under 1910.212(a)(3)(ii) as opposed to 1910.242 (Hand and Portable Powered Tools and Equipment)

And although 1910.242(a) does not apply to guarding, it does mandate the employer assure all tools are in safe condition. The only way to do that is to inspect them from time-to-time. So, if you really want to get technical, it would be reasonable to state that OSHA requires inspection of paper cutters just as they would a hammer, chisel, wrench or any other tool.

EI recommends if you have one of the older paper cutters that does not have a guard that you replace it with one that is guarded. We also suggest someone in the office be assigned to give the paper cutters a quick inspection or better yet, train users to report missing or damaged equipment before use.