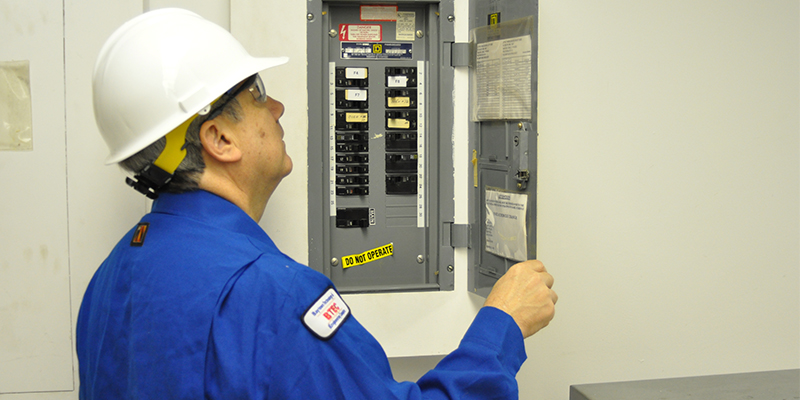 Several years ago, while serving in the United States Coast Guard, a long-time friend owned a 1942 CJ2A. For those who may not know, that’s a WWII era Jeep. One day, he brought a broken Jeep part to me and asked if I thought it could be repaired or possibly duplicated. When you own a vehicle that was built in 1942, you don’t simply run down to your favorite auto parts dealer and pick up replacement parts. I took the part into the machine shop on base where I was stationed and using the lathe, milling machine and various other pieces of equipment, I was able to make a new part that was still working years later when he sold the Jeep. He asked me one day where I learned to use all the shop equipment. I was unable to point to any single or even collective learning experience to which I could attribute this knowledge. I suppose I just learned through osmosis.

This summer will mark 44 years I have been in the safety profession and as the end of my career quickly approaches, the question recently came up, “What lessons have been learned during your career in occupational safety and health?”

In much the same way, the answer did not come easy.  Oh, there’s the obvious; I have acquired a good understanding of OSHA standards. I managed somehow to overcome my extreme shyness to learn to teach and speak in public. I learned how to build and manage an employee safety program; even wrote a book on the subject. I have learned how to make a PowerPoint presentation even though in 1982, shortly after the advent of the desktop computer, I swore I would never own nor learn how to use one of those new-fangled devices. I also learned never to swear you won’t learn something new. But these are skills and not really what one might call lessons. What LESSONS have I learned?

So, having given the question some deep thought, I have come up with the following deep responses.

Lesson 1: Learn from Your Mistakes
On my first day as a consultant, my new boss told me that I would make mistakes, but that the important thing was to learn from each one. He was right and over the course of my 33-year consulting career, I have created for myself, many learning opportunities. Whether consulting, taking an order at the Chic-Fil-A drive through or defusing a bomb, everyone will make mistakes. It cannot be avoided. The smart person learns from the experience, so they do not repeat the mistake. A mistake is a learning opportunity that should not be wasted.

Lesson 2: No One Person Has all the Answers
In 1916, Henry Ford brought a libel suit against the Chicago Tribune after the paper printed that he was an “ignorant pacifist.” While on the stand, Ford was inundated with questions related to American history which were intended to support the claim of his ignorance and buffoonery. After it became clear that Mr. Ford had little knowledge of events on which he was questioned, while still on the witness stand, he responded, “If I should really WANT to answer the foolish question you have just asked, or any of the other questions you have been asking me, let me remind you that I have a row of electric push-buttons on my desk, and by pushing the right button, I can summon to my aid men who can answer ANY question I desire to ask concerning the business to which I am devoting most of my efforts. Now, will you kindly tell me, WHY I should clutter up my mind with general knowledge, for the purpose of being able to answer questions, when I have men around me who can supply any knowledge I require?”

It has been said that if you take all the things related to workplace safety and health that employers should know- applicable OSHA standards, consensus standards, letters of interpretation, directives, memoranda of understanding and so forth, and stacked all those documents up, the stack will reach 30 feet in height. Based on that, it would be a safe bet that no single person knows it all. There is simply too much to know. The effective safety professional, like Henry Ford, has access to resources and knows how to use those resources to get answers as needed. Know what resources are available and how to access them.

Lesson 3: Learn to say, “I don’t know”
Everyone should have enough personal pride in their work to want to do a good job regardless of what that job might be. However, if one is too prideful, he/she may find it hard to admit when they don’t know the answer to a question when asked. This seems to be particularly true among consultants. Safety consultants are engaged to come into the workplace to solve problems. To bring answers. To help clients. Sometimes, however, the consultant may not have the answers. If that’s the case, the consultant should never try to bluff their way through a situation. They should never provide information that they are not sure is accurate. If you don’t know the answer, then say so and offer to try to find an answer later from among your vast resources. This will garner more respect than when the client later learns the information provided was inaccurate. It also will present another learning opportunity as you do your research.

Lesson 4: Managers Usually Want to do the Right Thing
I have been in the workforce since long before there was an OSHA law. My first job was washing mugs at an A&W Root Beer Drive-In in 1962 when I was 10-years old. I have watched as not only OSHA, but management, has evolved since the OSHA law was signed in 1970.

The pictures you’ve seen on the Internet of some worker standing on top of a ladder resting precariously on top of a 3-legged table while balanced on top of three Pepsi bottles to change a light bulb in some third world country are not far removed from working conditions in this country before OSHA. Before there was an OSHA, people died on the job at a much higher rate (~15,000 per year) than today. Although the number of deaths has declined significantly (~4,500 per year) there are still too many workers killed on the job in this country.

At first, managers did not embrace this new OSHA law. It meant significant costs to achieve compliance. It also meant significant change for many employers-changes they did not want to implement. Deaths and injuries were simply a cost of doing business. For example, at the age of nineteen, while working my way through college, I had a serious foot injury involving an unguarded chain and sprocket. When I returned to the job after about a week, I was reminded there were unguarded chain drives throughout the plant and instructed to be careful. That was typical pre-OSHA safety. I have investigated workplace fatalities. In some cases, managers were more concerned about the cost than the loss. That has begun to change over the past few years. As the old-school managers retired and were replaced by another generation of managers, we began to see a change in safety for workers.

Through the 70s, 80s and into the 90s, managers hired consultants to help them achieve compliance to avoid or at least mitigate OSHA penalties. Today, however, I will get the occasional call from a plant manager or company executive describing a fatal or near fatal accident that occurred in their workplace, asking for help to prevent such a horrible thing from happening again. Managers have begun to realize not only a legal but also a moral obligation that goes with the responsibility of managing people. Managers, for the most part, are beginning to embrace what was once considered a necessary evil-keeping workers safe.

Too Stubborn to Learn Some Lessons
I suppose I am somewhat of an anachronism. To paraphrase Robert Duvall in Apocalypse Now, “I love the smell of mimeograph fluid in the morning!” I still prefer the clack, clack, clack of a typewriter key hitting paper to the clickety-click of a computer key. I disdain checklists be they paper or electronic. I would rather lick my fingers to turn actual pages than use the Nook which has been tucked away in my drawer for the past 10 years. And don’t even get me started on new and coming software packages designed to ease the agony of doing workplace safety inspections. Technology might make the job easier but, in many ways, it takes away much of the fun.

Love Your Work
It was Confucius who said, “Choose a job you love and you’ll never have to work a day in your life.” Well, I haven’t worked in nearly 44 years. I have thoroughly enjoyed my safety career which has taken me to every state except Alaska and North Dakota, and 22 countries on six continents. I have made mistakes and hopefully, learned a few things. I have, along the way, been surrounded by and learned from some of the best safety minds in the business and some of the best managers of our time. I have had not only good mentors but really good friends-colleagues and clients alike. I only hope the current generation of safety and health professionals can be as blessed in their careers as I have mine.

How Can We Help?
The EI Group, Inc. (EI) is an environmental, health and safety (EHS) consulting firm headquartered in Research Triangle Park, North Carolina, with branch offices strategically located throughout the United States and the capability to serve a wide variety of industries across the world.  Contact us today at (800) 717-3472 or ei@ei1.com for your environmental, health and safety consulting needs!